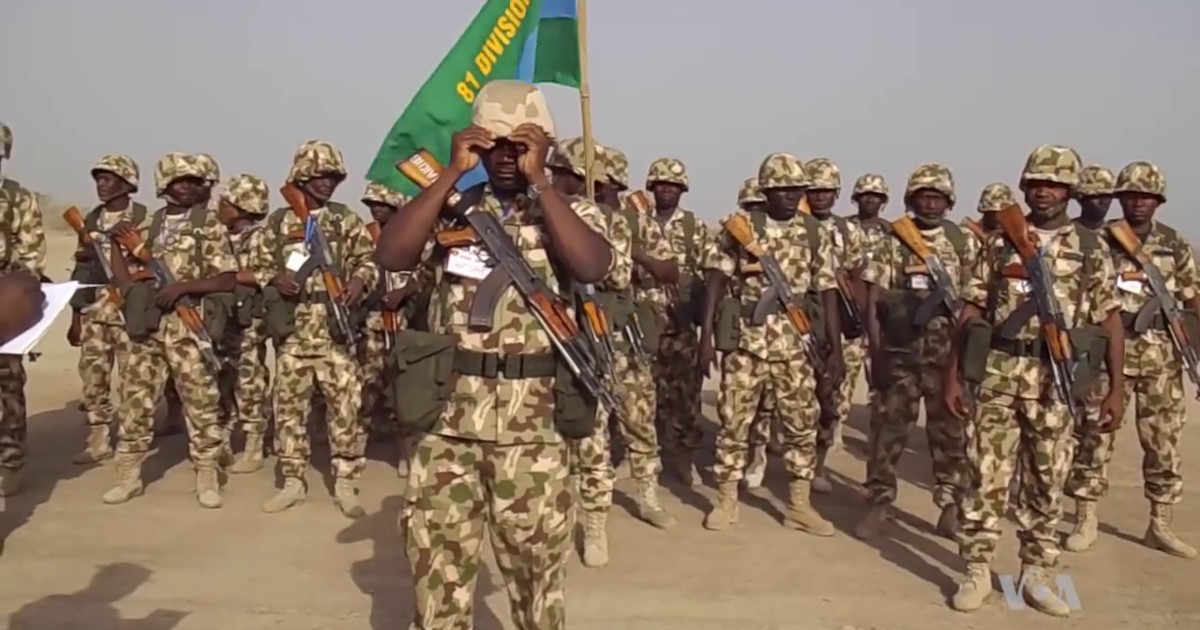 Like so many children, many Nigerian kids want to be in the army. Some have a duty to be in the army one day but when you see parades on days like the Nigeria Armed Forces Remembrance Day, kids might even want to join quicker than allowed by law.

As a former British colony, Remembrance Day was formerly observed on November 11 as Poppy Day to commemorate the conclusion of World War I. Following the government’s victory over Biafran soldiers on January 15, 1970, the holiday was removed from the Commonwealth of Nations calendar and changed to January 15 in remembrance of the end of the Nigerian Civil War, which tried to break apart Nigeria’s unity.

The Armed Forces Remembrance Day ceremony is an annual event commemorating Nigerian Armed Forces troops and veterans. Federal, state, and municipal events are all held. The Ministry of Defence established a 25-member national planning committee for the AFRD celebrations more than two months before January 15.

Military parades often include a guard of honor from the Nigerian Army, Nigerian Navy, and Nigerian Air Force. The President of Nigeria’s wreath-laying ceremony at the National Cenotaph in Abuja’s Eagle Square is the culmination of all festivities. Special AFRD rituals are also conducted at 36 federal cenotaphs. The Nigerian Legion, a veteran’s organization that organizes several activities on this day in collaboration with the government, is also accorded special recognition.

Armed Forces Day, also known as Remembrance Day, is observed on January 15 in Nigeria. It was previously celebrated on November 11 yearly to coincide with Remembrance Day (Poppy Day) for World War 11 veterans in the British Commonwealth of Nations. Still, it was moved to January 15 in Nigeria to commemorate the surrender of Biafran troops to federal troops on January 15, 1970, thus ending the Nigerian Civil War that sought to tear apart Nigeria’s unity.

This is because the day is designed to honor both dead and surviving heroes and all individuals who experienced different deprivations as a consequence of conflicts. This annual national holiday honors military soldiers from the Nigerian Army, Nigerian Navy, Nigerian Air Force, and Nigerian Legion. They all congregate at various locations around the country to commemorate the day and pay tribute to the dead and surviving heroes who have risked and continue to sacrifice their lives for the nation’s territorial integrity.

The event is conducted at the federal, state, and municipal levels in areas where serving military officers or living veterans live.

Several military customs are carefully followed in marking the day. Some symbolisms are sacred, whether observed at the federal, state, or municipal levels. They include the releasing of pigeons to symbolize peace, the placement of wreaths, the playing of the final post, the Remembrance Day march, and the firing of firearms. Aside from those mentioned above, the festival also includes religious services at mosques and churches around the country.

At parades, military personnel is normally dressed in the colors of their respective forces, such as the navy, air force, army, or veterans.

Another hot topic that the AFRD often brings up is the well-being of troops, particularly those sent to the front lines. Every day, news emerges about troops’ growing dissatisfaction on the battlefield.

The primary criticisms in almost all places where troops are fighting the Boko Haram insurgency have been insufficient welfare packages, antiquated weapons, and poor tactics and strategy, among other things. Unsurprisingly, this has resulted in poor morale among soldiers, particularly given Boko Haram’s recent revival, whose stock in trade is now to attack military facilities and units.

With the latest influx of terrorists who seem to have more advanced weaponry than the army, incidents of soldiers going AWOL are not uncommon. According to previous reports, the terrorists have night vision goggles, rocket-propelled grenades, and bomb-resistant armored personnel vehicles and trucks.

Unfortunately, in most assaults on military locations, terrorists steal military equipment and weapons to add to their arsenal.

Soldiers also have high expectations for their sleeping quarters and meals. Because their makeshift tents are uninhabitable, they often sleep in the open air. They complained about the poor quality of the meals and the absence of drinkable water they were forced to drink.

In all of them, they said they could have made do if their allowances had been paid on time, a claim that the military officials have repeatedly disputed.

The Nigerian Legion Humanitarian Day is normally the next course of action as part of the commemorative activities. This event includes veterans doing community service and empowering widows and orphans of fallen heroes.

The president traditionally launches the emblem at the Council Chambers of the State House in Abuja. The unveiling puts things in action, as the sale of the emblems starts throughout the country, with the revenues going to the Nigerian Legion, a veterans’ organization.

The president and other dignitaries lay wreaths at the National Cenotaph in Abuja during the AFRD proper, marking the event’s culmination. Governors in their respective states did the same thing at the same time.

The importance given to the Nigerian Legion, an organization of ex-servicemen, i.e., former members of the army, navy, and air force, is one of the highlights of each AFRD.

The Legion was founded for soldiers since, after retirement, they often realize that no employment is available. As a result, the Legion assists them in assimilating with society. The legislation also allows them to run specific companies to earn funds for their members, function as security guards at government facilities, or collect funds via the sale of AFRD insignia.

No one can deny the importance of selecting a present based on a person’s specific interests and preferences. On a special day like the Nigeria Armed Forces Remembrance Day, there is still a need to give veterans an unforgettable gift. They are a representation of how we value and appreciate their service.

However, when scouring the Internet for something fresh and different in the weeks leading up to every holiday. Think about the receiver’s interest, not yours. You can gift things like customized journals, cards, cups, shirts, artwork, etc.

A gift that resonates with the theme and does justice to it will be well appreciated.